3. The U.S. EIA crude oil inventories increased by 1.141 million barrels in the week to September 16, which was lower than the expected increase of 2.161 million barrels.

4. According to statistics from the think tank Bruegel, the bill caused by the European energy crisis has approached 500 billion euros ($496 billion), accounting for 1.7% of the EU’s GDP.

6. On Wednesday, Russian President Vladimir Putin delivered a speech on the referendums in the “Luhansk People’s Republic”, “Donetsk People’s Republic”, Kherson and Zaporozhye states. Putin also announced a partial mobilization in Russia. A partial mobilization order has been signed for the first time since World War II. According to the Russian Satellite Network, the Russian Defense Minister ordered the implementation of part of the president’s mobilization order. According to a report by the TASS news agency on the 21st, Belarus has not considered the issue of military mobilization for the time being.

1. WTI crude finds solid support at $80 level
The Russian-Ukrainian conflict may escalate again, while the EIA report suggests weak crude oil demand, oil prices have a roller coaster market. This should help restore inventories, given that the number of crude oil rigs has continued to decline, while crude oil imports from Canada are picking up. Despite solid passenger throughput figures from the Transportation Security Administration (TSA), aviation fuel demand has been fairly weak and the Strategic Petroleum Reserve has steadily declined. The Fed may give the U.S. economy a hard landing, but the oil market will remain tight in the short term, but WTl seems to have solid support at the $80 level.

3. Demand worries may put oil prices back in a downtrend
Aggressive monetary tightening policies in the United States and Europe will increase the possibility of a recession and a decline in crude oil demand, and the market tone remains bearish. Previously, oil prices continued to fall due to expectations of interest rate hikes. Therefore, after the Fed announced interest rate hikes, oil prices rose briefly, but due to concerns about weak demand, oil prices may return to a downward trend again.

4. Price caps could disrupt energy markets
Many politicians have called for a price cap, which could cut off Gazprom and threaten Europe’s energy security. Market intervention is bound to have drawbacks, especially in such a huge and complex electricity market. The market reforms were originally aimed at redistributing revenue from high electricity prices, and price caps may trigger a surge in energy demand, but the specific feedback on energy prices is unknown. At the same time, price caps will change the rules of how energy markets work, and profit cuts for energy suppliers will further curb much-needed investment in the energy transition. 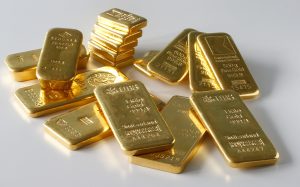