Comparing Bitcoin to Bitcoin Cash: Which of the Hard Forks Is Valuable for Investment 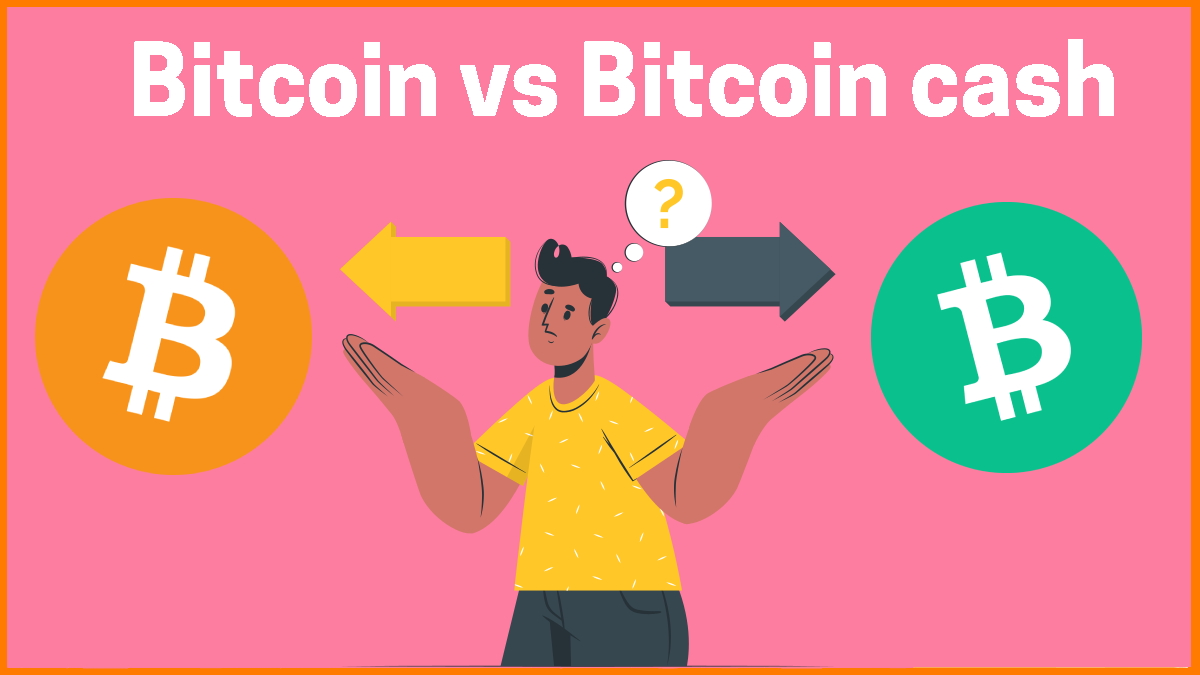 The debate over whether to invest in Bitcoin or Bitcoin Cash will rage for years to come, but the charts and price histories of the two assets speak for themselves. Despite having nearly similar code, there are further variations that make one more desirable than the other. Investors will finally decide which is best by using their money.

Which is a better investment, BCH or BTC

Bitcoin costs $15,000 per coin, compared to $250 for Bitcoin Cash. Which of the two is a better investment is very evident because they both have a 21 million coin supply.

The market itself has ruled that BTC is the only genuine Bitcoin through a vote of capital. BCH has been losing value as an asset ever since it launched. The historical price movements of the two cryptocurrencies are compared below, along with expert price forecasts, to determine which is the better investment overall.

Comparison of Historical Price Action for Bitcoin Cash and Bitcoin

In the beginning, the price of bitcoin was entirely useless; neither buyers nor sellers understood what to pay for it. In less than 12 years from its creation, it has gone from being worth less than a penny to being worth over $15,000.

Bitcoin has a huge head start on Bitcoin Cash, but because Bitcoin Cash was introduced in a market that Bitcoin had already established for it, it has had it much simpler. Just to gain recognition, Bitcoin had to clamber up to the levels it is at now.

Additionally, there have been multiple bear markets for Bitcoin, but just one for Bitcoin Cash. While Bitcoin Cash has yet to demonstrate itself in this manner, Bitcoin made a strong rebound and continued to reach new highs.

Only because Bitcoin already exists did Bitcoin Cash be started. Due to this, Bitcoin Cash gained value almost immediately and, according to CoinMarketCap, reached a peak of nearly $4,000 after its inception in late 2017 and early 2018. In 2018, when Bitcoin dropped to $3,200, Bitcoin Cash reached a low of $80. Even then, there was a sizable price difference.

The potential of Bitcoin and Bitcoin Cash is huge. The debate over “which is the actual Bitcoin” will eventually have a clear winner, but it appears that BTC has already received that honor.

As a result, analysts believe Bitcoin might increase to as much as $400,000, $500,000, or even above $1 million per BTC. The forecasts come from people like Tim Draper, Max Keiser, and a number of other top venture capitalists and macroeconomic experts. One of the first investors in Facebook, Twitter, and Square Inc. was Draper.

You may get an idea of the level of support BCH has compared to BTC by noticing that Square Inc. only allows BTC purchases through its Cash App, not BCH.

Additionally, Square, Inc. made it known that it has been purchasing BTC but not BCH. What do you think is the better investment if even businesses pick BTC over BCH?

But there are no Bitcoin Cash price projections at all!

The Verdict on Which Is The Better Crypto Investment: Bitcoin Cash Vs. Bitcoin

The market has concluded that BTC is the only genuine Bitcoin, exchanging their dollars and euros for the top cryptocurrency by market capitalization on exchanges and trading platforms.

Unless Bitcoin Cash ever turns into the real Bitcoin, Bitcoin will be a significantly better investment. In that instance, Bitcoin would still be the superior investment in certain aspects; it would simply be BCH against BTC. But as of right now, Bitcoin is well ahead both in terms of total value and price per coin, and it might be too late for Bitcoin Cash to ever catch up.

Even Bitcoin extended the red carpet for Bitcoin Cash, paving the way for mainstream cryptocurrency acceptance. However, BCH was unable to take off, and this lack of enthusiasm is seen in the currency’s persistent downturn against Bitcoin (BTC), which may never reverse.

How To Trade Bitcoin With The Award-Winning Exchange Bitcoin Cash Vs. PrimeXBT

The fact that the award-winning PrimeXBT only offers Bitcoin-based (BTC) CFDs on stock indices, cryptocurrency, commodities, FX, and other markets while fully excluding BCH is yet another indication that BTC is the superior version of Bitcoin over BCH. Account wallets are also BTC wallets, and contracts are based in BTC. Other cryptocurrencies that are available through PrimeXBT include Litecoin, EOS, Ethereum, and Ripple, however Bitcoin Cash is conspicuously absent from the list.

Even on exchanges like PrimeXBT, Bitcoin is not widely accepted, which demonstrates that it is the best investment. But Bitcoin is a trading asset unlike any other, making it much better than investing.

It has fluctuated between $1,000 and $200, $20,000 and $3,200, as seen by the price history above. It is currently over $20,000 and may soon surpass a previous peak and reach a new record high. Trading offers the perfect option for those wishing to earn more money than they would from investing alone because of the extreme volatility and huge price fluctuations.

When combining a solid trading strategy, technical analysis tools, and cutting-edge trading tools like PrimeXBT, trading Bitcoin may be incredibly rewarding. The process of signing up is free, quick, and gives you access to more than 50 trading instruments all under one roof. Users may control their locations wherever they are thanks to a free mobile app that is accessible for both Android and Apple smartphones.