What Are Emerging Markets? Examples and Definitions of Emerging Markets

Nations in emerging markets are putting money into expanding their capacity for production. They are leaving behind economies that have historically been based on agriculture and the export of basic resources. The goal of leaders in developing nations is to improve the standard of living for their citizens. They are embracing a free market or mixed economy and industrializing quickly.
Alternative names: developing nations, emerging economies
Brazilian, Chinese, Indian, and Russian markets are a few examples of emerging ones.

An growing market has these five characteristics:

The first trait that distinguishes developing markets is that their per capita income is lower than the global average. The first crucial condition is low income because it encourages the second crucial criterion, rapid expansion. Emerging market leaders are ready to make the quick transition to an industrialized economy in order to support their citizens and hold onto power.

The third characteristic of emerging economies is significant volatility, which is a result of rapid societal change. Natural disasters, outside price shocks, and unstable internal policies are three potential causes of that. Agriculture-based traditional economies are particularly susceptible to catastrophes like the Haitian earthquake, the Thailand tsunami, or the Sudanese drought. But as it did in Thailand, these catastrophes can pave the way for more commercial expansion.

Emerging markets are particularly vulnerable to abrupt changes in the value of currencies, such those affecting the dollar. They are also susceptible to fluctuations in the price of commodities like food and oil. That is as a result of their lack of ability to sway these movements. For instance, energy and food prices skyrocketed in 2008 as a result of American subsidies for maize ethanol production. Food riots were sparked by this in numerous emerging market nations.

Many parts of the population suffer when leaders of emerging economies make the reforms required for industrialisation, such as farmers who lose their land. This might eventually cause social discontent, uprisings, and regime changes. If industries are nationalized or the government defaults on its debt, investors risk losing everything.

High Returns Can Result from Growth

This expansion calls for a substantial investment budget. However, compared to industrialized markets, these nations’ financial markets are less developed. Currency swings are the fourth characteristic.

Foreign direct investment in emerging markets has not been very consistent. Getting information on companies listed on respective stock markets is frequently challenging. Selling debt, such as corporate bonds, on the secondary market could not be simple. These factors together increase the risk. This implies that investors who are prepared to conduct in-depth study will receive a higher payout.

Rapid expansion can also result in the fifth attribute, which is a higher-than-average return for investors, if it is successful. This is so because many of these nations prioritize an export-focused approach. They generate lower-cost consumer products and commodities for export to industrialized countries since they don’t have the domestic demand. The businesses that support this expansion will make money. Investors benefit from rising stock prices as a result of this interplay. It also entails a greater yield on bonds, which are more expensive due to the increased risk associated with emerging market businesses.

This characteristic attracts investors to emerging markets. Emerging markets are not always wise investments. They must have a booming labor market, less debt, and an honest administration.

Investing Individuals: What It Means

Take advantage of emerging economies’ rapid growth rates and potential in a variety of ways. Selecting an emerging market fund is the best option.

Many funds either attempt to outperform the MSCI Index or follow it. It helps you save time. You are not required to research international businesses and economic strategies. By spreading out your investments across a number of emerging markets rather than just one, it also lowers risk.

Emerging markets are not always profitable investment opportunities. Some nations have benefited from higher commodity prices after the 2008 financial crisis to expand their economies. They did not make infrastructure investments. Instead, they used the extra money to fund government employment and subsidies. As a result, their economies expanded swiftly, the population made significant purchases of imported commodities, and inflation quickly became an issue. Brazil, Hungary, Malaysia, Russia, South Africa, Turkey, and Vietnam were among these nations.

There wasn’t much local money for banks to lend to support the expansion of local enterprises because their citizens didn’t save much. By keeping interest rates low, the governments attracted foreign direct investment. This contributed to higher inflation, but it was worthwhile. The nations’ economies expanded significantly in return.

Commodity prices decreased in 2013. These governments were forced to reduce subsidies or expand their debt to foreign countries because they were dependent on the high price of a particular product. Foreign investments fell as the debt-to-GDP ratio rose. Currency dealers started offsetting their positions in 2014 as well. As currency prices dropped, a panic set in, causing a massive sell-off of both currencies and investments.

Other nations, on the other hand, spent their money on building infrastructure and funding workforce education. This type of investment was made by China, Colombia, Czech Republic, Indonesia, Korea, Peru, Poland, Sri Lanka, and Taiwan. 9 Additionally, there was a lot of local currency available to finance new firms because the citizens of these nations preserved a lot of their money. These nations were prepared in 2014 when the crisis struck.

PrevPreviousInvesting in Cryptocurrencies: The Ultimate Guide
NextTop 10 Simple Ways to Save on Your Electric Bill This WinterNext
Related Articles 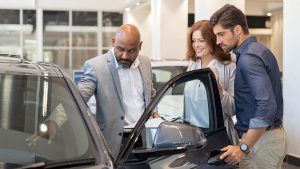