(Bloomberg) — Florida Governor Ron DeSantis raised his national profile in his first term by pursuing partisan policies and attacking rivals with the kind of discourse favored by Donald Trump. But as he leads Floridians in the aftermath of Hurricane Ian, the nation is seeing a much different governor.

In public briefings this week, DeSantis has repeatedly thanked Democratic-led states like New York and New Jersey for sending assistance. And he had kind words for President Joe Biden, a frequent target of his political ire, for quickly lining up disaster relief. DeSantis and Biden have spoken twice so far, setting aside feuding over issues like flying migrants from Texas to liberal Democratic enclaves.

“We appreciate the Biden administration’s consideration for the people of Florida during this time of need,” DeSantis said hours before Ian came ashore near Fort Myers on Wednesday. The two last spoke on Thursday morning and Biden approved a federal disaster declaration for the state.

DeSantis, who is seeking a second term in November, has not said if he is running for president. But with the nation’s eyes on the tragedy in Florida, presenting the image of a strong leader handling a major crisis — and able to put aside partisan politics to do so–could bolster national support for a potential presidential campaign.

“If he comes through this thing, he can pretty much bank his re-election,” said Brad Coker, managing director of Mason-Dixon Polling and Strategy, a consulting firm in Jacksonville, Florida. “But if he wobbles and there are problems in the aftermath, of course, politically it can be a problem for him.”

Ian is the worst natural disaster to hit Florida since DeSantis was elected in 2018, and one of the worst in the state’s history. Biden said Thursday that officials had been “hearing early reports of what may be substantial loss of life” from the storm.

Early estimates say the cost of the storm could range from $69 billion to $100 billion. At least 2.6 million people were without power on Thursday as Ian churned across Florida’s northern Atlantic coast, bringing what DeSantis described as a “500-year flood event.”

“You’re looking at a storm that has changed the character of a significant part of our state,” he said Thursday. “This is going to require years of effort to be able rebuild and come back.”

DeSantis is not only dealing with the massive humanitarian impact on the state’s 21 million people. He faces former Florida governor Charlie Crist on Nov. 8, and a convincing re-election victory is critical to maintain and enhance DeSantis’s national prominence, especially if Trump declines to run again for president.

Florida governors can rise or fall on how they handle hurricanes. Republican Governor Jeb Bush’s popularity rose dramatically on the back of his response to more than a half-dozen major hurricanes, including Ivan, in two years. Democrat Lawton Chiles plummeted in the polls over discontent about his handling of Hurricane Andrew, which slammed greater Miami in 1992.

“DeSantis likes being elected, and if you want to stay elected in Florida, you drop the political stuff during hurricanes,” said Kevin Cate, a Tallahassee-based media consultant.

DeSantis is known for being a didactic, detail-heavy communicator, and in multiple briefings starting days before Ian roared ashore he’s rattled off numbers highlighting preparations. He said he had 7,000 National Guard troops, hundreds of engineers, 30,000 power company linemen, nine Chinook helicopters and 1,200 transportation workers with chainsaws on standby.

“The assets that we have are unprecedented in the state’s history, and unfortunately they will be deployed,” DeSantis said Wednesday. Thursday morning, he held another briefing to describe in detail how that equipment was being deployed.

“Unless you find a way to screw it up, there’s nothing but benefit for a governor promoting the work of emergency responders, and then of course, the rebuilding of the state after a storm,” Cate said. “It looks good, and sounds good to be in charge before, during and after a storm.”

That message contrasts with almost four years of aggressive rhetoric that transformed DeSantis into a leader with presidential possibilities. He’s embraced multiple so-called culture-war issues that are popular with the Republican party’s base, but opposed by a large swath of Floridians.

Earlier this year, DeSantis signed a law to strip Walt Disney Co. of its self-governance privileges in the state after it criticized a law he backed that limits school instruction about gender identity and sexual orientation.

And, he’s gone up against Biden, his potential rival in 2024, time and time again. Recently, he drew Biden’s criticism for flying dozens of Venezuelan migrants from Texas to Martha’s Vineyard, Massachusetts.

Biden accused governors, without naming DeSantis, of using people “as props.” And, Transportation Secretary Pete Buttigieg called for an investigation into whether DeSantis transportation of migrants broke federal flight rules.

And then there’s climate change. Florida is a magnet for hurricanes and tropical storms, making the state a showcase for the issue of the perils of sea-level rise. In the next 30 years, oceans are expected to rise by 14 inches to 18 inches along the US East Coast and 4 inches to 8 inches in the Gulf Coast, according to the National Oceanic and Atmospheric Administration.

DeSantis, like many other Republican political leaders, has long been circumspect in discussing the issue. Petrochemical and coal companies have been heavy donors to Republicans. “What we’re doing though is just reacting to the fact that OK, we’re a flood-prone state,” DeSantis said in late 2021. “We do have storms.”

And, when he unveiled his $270 million flood-mitigation program in December 2021, he did so by saying the money wouldn’t go for “any left-wing stuff.”

This week, though, DeSantis shifted from pushing conservative rhetoric on issues like immigration to promising to help all Floridians recover from Hurricane Ian. It amounted to a massive media blitz. As of Thursday morning, DeSantis was mentioned at least 718 times in 24 hours of coverage of the storm by television news networks, Cate said.

On Wednesday afternoon, as Ian slammed into the Gulf Coast, bringing with a destructive force never seen before, Dianna Weathersby said DeSantis had won her over as she took refuge from the storm in a Tampa hotel lobby.

Weathersby, 58, an accountant who lives in Fort Myers, said she already supported DeSantis, but his words about the storm made her like him even more.

“We’re all human. It’s about survival now,” she said. “There’s no left or right, no poor or rich. This is uniting us as a state.” 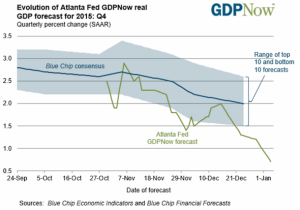