(Bloomberg) — Treasury two-year yields crossed 4% for the first time since 2007, with traders awaiting the Federal Reserve’s policy decision and its “dot plot” of economic projections that’s expected to show a push to hold rates higher for longer.

Shorter-term US rates — which are more sensitive to imminent Fed moves — outperformed those on longer maturities. The S&P 500 posted mild gains, rebounding from a two-month low. The dollar climbed alongside gold and defense companies as Russian President Vladimir Putin stepped up his war against Ukraine, renewing warnings of a nuclear threat.

The Fed is widely expected to raise rates by 75 basis points on Wednesday for a third straight meeting, delivering the most-aggressive tightening since Paul Volcker led the central bank in the early 1980s. The decision, as well as quarterly forecasts, will be announced at 2 p.m. in Washington. Chair Jerome Powell will hold a press conference 30 minutes later.

“The consensus is looking for a 75 basis points hike… and we’re in that camp,” wrote Matt Maley, chief market strategist at Miller Tabak. “The Fed would have telegraphed a 100-basis point hike in a more significant way if they were going to do something that drastic. Of course, Chairman Powell has talked a lot about Paul Volcker in the past year, so maybe he’ll want to shock the markets the way Mr. Volcker did 40 years ago. However, we still don’t expect that kind of a surprise.”

That doesn’t mean Powell would walk back some of his hawkish rhetoric as that could harm the central bank’s credibility, according to Maley, who remarked that even the Fed officials who had been “quite dovish in the past have been quite hawkish recently.”

Nicholas Colas at DataTrek Research expects the Fed’s boss to sound much like he did during his Jackson Hole speech at the end of August: “unapologetically resolute.” While fed fund futures are pricing in a possible cut or two in rates next year, Colas noted the central bank’s new economic projections may change that scenario.

“It can do a lot more by not showing a lot of rate cuts next year or maybe even in 2024 to keep the yield curve high and relatively flat than it can by hiking rates by 100 basis points today — which can actually be counterproductive and invert the yield curve and make us all think there’s going to be a recession,” said Brian Nick, chief investment strategist at Nuveen.

A survey conducted by 22V Research showed that investors are split on expectations for how the market will react to the Fed decision and Powell’s subsequent conference — but they think other people expect a risk-off outcome. About 60% of respondents expect Wednesday’s meeting to mark “peak hawkishness.”

Any surprise — from the size of rate hikes to a hawkish shift in policy expectations on where the Fed rate may peak — could send the stock market on one of its wildest rides in history, according to JPMorgan Chase &. Co.’s trading desk.

Read: What to Watch for at Today’s Fed Announcement

As the Fed gears up to hike rates again, some strategists think that credit markets are too cavalier about how monetary tightening will trigger corporate defaults and hurt junk bonds and leveraged loans. And the hiking already appears to be having an impact on weaker corporations, with six U.S.-based borrowers tracked by S&P Global Ratings having defaulted last month — representing a quarter of the total for 2022.

Will the Nasdaq 100 Stock Index hit 10,000 or 14,000 first? This week’s MLIV Pulse survey focuses on technology. It’s brief and we don’t collect your name or any contact information. Please click here to share your views.

Some of the main moves in markets: 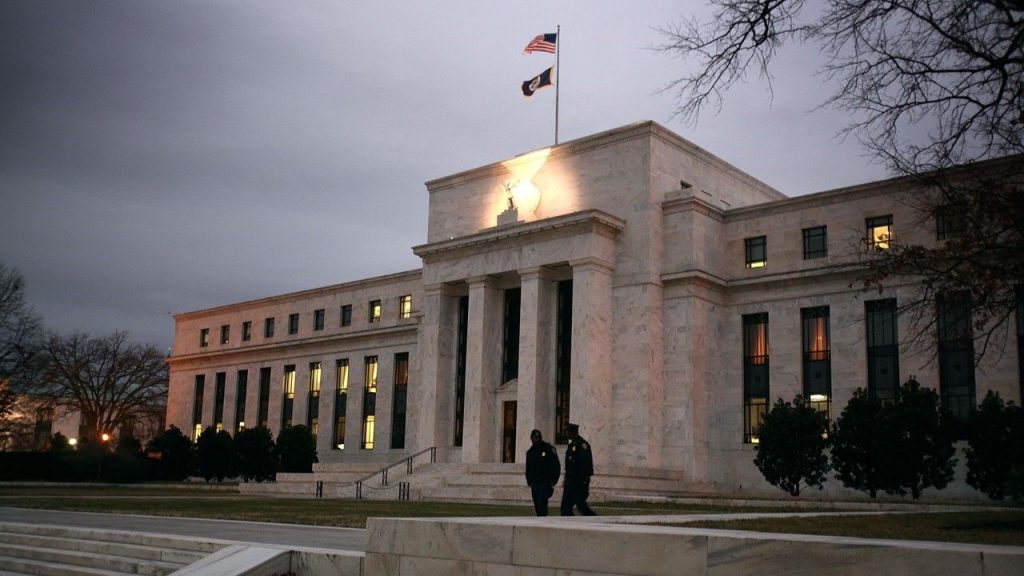